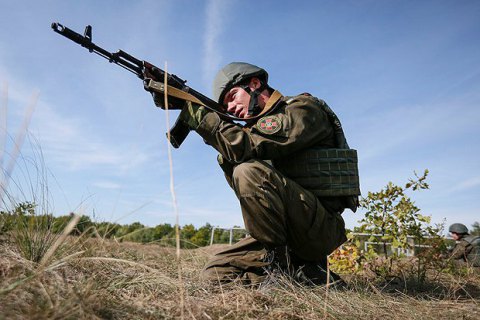 Over the past day, the illegal armed groups in Donbas 25 times opened fire on the positions of the Ukrainian army in Donbas. One Ukrainian trooper was killed.

ATO forces returned fire in cases of a direct threat to the life of Ukrainian military, the press center of the anti-terrorist operation said in a Friday release.

As previously reported, one Ukrainian military was killed in enemy shelling in the Avdiyivka industrial zone.

After the announcement of the "school-year ceasefire" on 25 August, the Armed Forces of Ukraine sustained no casualties. However, a member the Ukrainian Volunteer Army, Henadiy Levitsky, died in the shelling of Maryinka on August 30.

The Ukrainian Volunteer Army is a voluntary military formation established in December 2015 after Dmytro Yarosh and his supporters pulled out of the Right Sector movement. It is not a part of the Armed Forces of Ukraine.