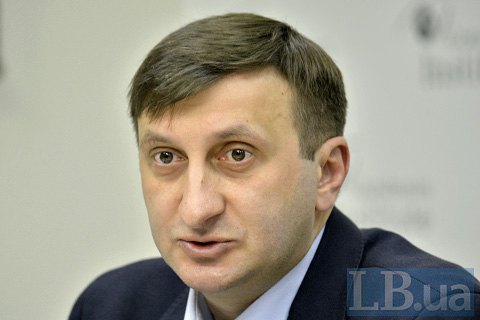 The transactions and codes supplied by Chinese companies to North Korea may indicate that China might have contributed to the creation of North Korean nuclear missile program, political scientist, director of the Center for Civil Society Studies, Vitaly Kulyk, said during a 8 September round table conference organized by Gorshenin Institute.

"The recent technological breakthrough in the North Korea – the creation of a new type of rocket and a hydrogen bomb – cannot be explained solely by the existence of an advanced group of North Korean experts and technologists from Iran," Kylyk said.

"Such a breakthrough could hardly have been be sponsored by China, so there is an opinion, including among Chinese experts, that it could not have been done without the help of Russia, including the creation of a hydrogen bomb," the political scientist said.

"The work has been going on for decades without much success, and all of a sudden – a sharp breakthrough in technology during the last year and a half - a missile capable of carrying a nuclear warhead."

"The sincerity of the players involved in resolving the situation around the North Korea is highly questionable. The true goal of the Russian Federation and China in this matter are also unclear," the expert said.

Pyongyang is by 70–80% controlled by China and Russia has a major influence on the "raise of stakes" around North Korea, Kulyk stressed.

Previously, Kulyk said that North Korea's significant economic successes would be impossible without a full support on behalf of China.