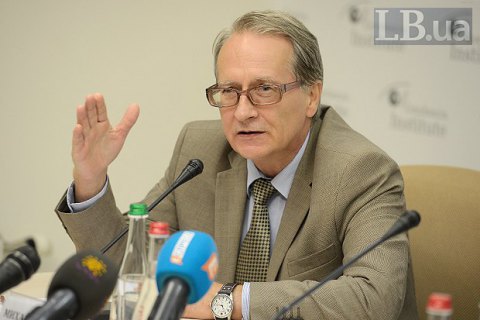 The West will never recognize the nuclear status of North Korea, director of programs on foreign policy and international security of the Razumkov Center, Mykhailo Pashkov, said during a round table conference dedicated to the global threats of the confrontation between the US and North Korea, organized by Gorshenin Institute on Friday, 8 September.

According to the expert, the West's policy towards the DPRK envisages a contained pressure and a possibility of dialogue. At the same time, Pashkov does not exclude that the conflict over the DPRK way grow into a "hot phase".

The expert also noted that Russia is doing everything possible to "dilute" the position of the West in relation to Pyongyang.

"The meeting of Russian President Volodymyr Putin with the leader of China, the Japanese Premier and the President of South Korea further revealed the nature of Russia's activities in this region," he said.

I will simply recall the proposals of the Russian side to minimize sanctions, transition to a peaceful dialogue, and calls for projects in the energy sector with North Korea. This leads to a dissolution and erosion of the position of the West towards the situation on the Korean Peninsula," Pashkov emphasized.