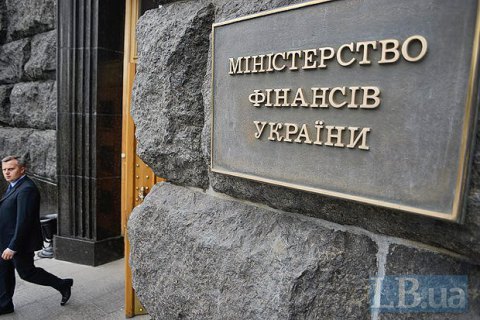 The main buyers of Ukraine's new 15-year eurobonds worth 3bn dollars were investors from the USA (46 per cent) and the UK (36 per cent), Deputy Finance Minister Yuriy Butsa said on Facebook on 20 September.

"The final allocation was held among 300 investors, of which 78 per cent were asset managers and 15 per cent were hedge funds. US investors accounted for 46 per cent of the allocation, those from the UK, 36 per cent, and continental Europe, 16 per cent," Butsa wrote.

The deputy minister said he was amazed by investors' interest in Ukraine. "The peak amount of applications in the book from about 350 investors hit 9.5bn dollars," he said.

On 18 September, Ukraine, for the first time in four years, placed its eurobonds without the assistance of the United States or Russia. The 15-year eurobonds are worth 3bn dollars, the interest rate is 7.375 per cent. Of this amount, more than half will be spent on the redemption of eurobonds due in 2019-20 with the par value of 1.576bn dollars. The new eurobonds have an amortization structure and will be redeemed in four equal tranches in 2031-32.

On 25 January, the Ukrainian company Kernel placed eurobonds worth 500m dollars under 8.75 per cent per annum, becoming the first issuer from Ukraine to place bonds since the Revolution of Dignity (with the exception of bonds guaranteed by the US government as part of the financial assistance to Ukraine).