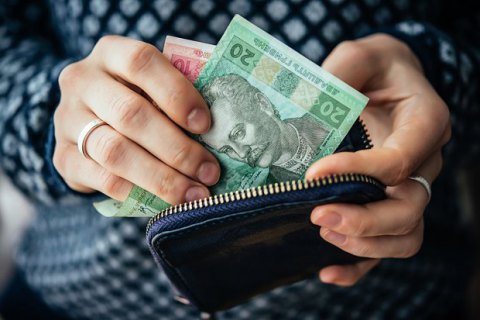 The Cabinet of Ministers will soon be able to redistribute medical subventions and money intended for the occupied territories to cover arrears in medics' salaries, Deputy Health Minister Pavlo Kovtonyuk told LB.ua on Wednesday.

"The ministry has drafted a resolution suggesting the redistribution of 570m hryvnyas in subventions among Ukrainian regions according to the number of residents," Kovtonyuk said.

"There also are occupied territories, for which about 1bn hryvnyas is allocated but remain in the budget. These funds will be given over to regions with the highest number of internally displaced persons [from Donbas]. We have asked the Ministry of Social Policy to provide us with the figures of IDPs in each region."

The deputy minister added that local authorities are capable of settling the arrears through the reallocation of funds "across time and between programs". He said the cabinet can allocate stabilization funds for the purpose.

Kovtonyuk said that wage arrears in healthcare sphere accumulate every year "because the government in fact pays bills for hospitals."

"The size of funding requests, therefore, depends on how much hospitals spend rather than what they do," he said.

"Some hospitals maintain staffs that are overblown at the expense of extras and methodologists, rather than medical workers. We cannot verify funding requirements that hospitals state," he complained.

While medical workers in some regions do not receive salaries on time, other regions have unused budgets, he said.

"It turns out that while we have 2.8bn hryvnyas in wage arrears until the end of the year, other regional budgets have 2.4bn hryvnyas in unused healthcare budgets."

The deputy minister stressed that national healthcare system needs to be reformed so that budget funds are allocated to where they are actually needed.