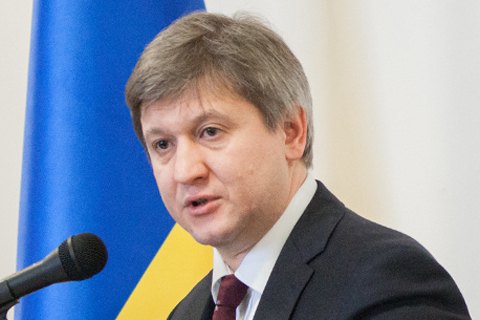 Finance Minister Oleksandr Danilyuk hopes the growth of Ukrainian economy may accelerate to 6-7% in 2018-19.

"I want to bring to Ukraine a growth on 6 to 7% over the next two years," Danilyuk told the Ukrainian Financial Forum in Odesa.

According to the minister, the key to economic growth should be the influx of foreign investors.

"After I talked with hundreds of investors, I felt that a tsunami was nearing, in the best sense of the word. In the sense that there is interest in the Ukraine, and we should seize this opportunity and demonstrate progress in the implementation of reforms," the minister said.

In Danylyuk's opinion, privatization should be used to attract investors.

"If we privatize 20 large companies in the next year, the privatization participants will create the necessary information environment," he said.

First Deputy Prime Minister, Minister of Economic Development and Trade, Stepan Kubiv stated in late August that GDP growth in 2017 is expected at 2%.

The government's official GDP forecast for 2018 is at moderate 3% pace.