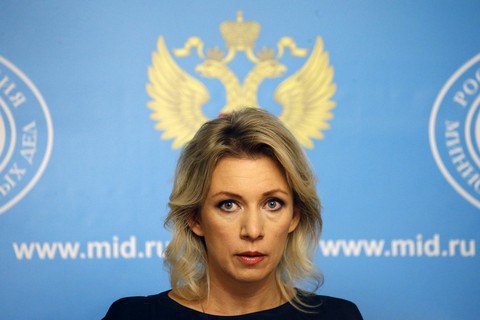 Russia again only agrees to an option when a potential UN security mission is deployed along the line of contact in eastern Ukraine, the official spokesperson for the Russian Foreign Ministry, Maria Zakharova, said on Friday. She said the UN was looking into a Russian draft resolution on the participation of UN peacekeeping forces in a Donbas settlement.

Zakharova stressed that "despite speculations in the Ukrainian media about the alleged deployment of peacekeepers throughout Donbas" Russia will insist that "the peacekeepers should be deployed solely along the contact line where the OSCE observers are stationed in order to ensure their safety. No more and no less," the spokeswoman said as quoted by UNIAN.

She noted that the work on a peacekeeping mission draft resolution was underway. She declined to speculate on "when and what" the UN Security Council was going to discuss.

On 22 September, Russia's Foreign Minister Sergey Lavrov told the UN Secretary-General Antonio Guterres about Russian vision of the Ukrainian mission for the protection of OSCE observers in Donbas.

Ukraine and its Western allies insist in the deployment of a peacekeeping mission throughout the uncontrolled territory of Donetsk and Luhansk regions.