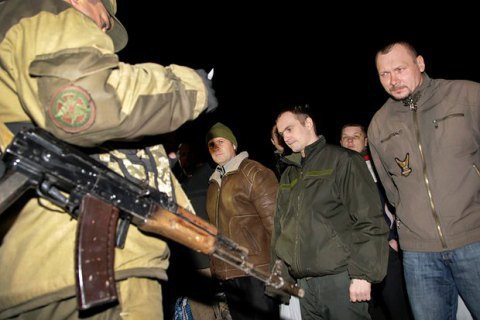 Ukraine is ready to hand over to militants 313 people imprisoned in Ukraine in exchange for 88 Ukrainian hostages who are held in captivity in the occupied territory of Donbas.

The representative of Ukraine in the subgroup on humanitarian affairs in the Trilateral Contact Group (TCG) to resolve the situation in Donbas, Iryna Herashchenko said on 21 September that Ukrainian authorities have verified the whereabouts of 88 of Ukrainian hostages from the list of 144.

"In exchange for their release we are ready in compliance with the Ukrainian legislation to give 313 over persons over to the D/LPR," said Herashchenko.

She said this issue was debated during the meeting of the Contact Group on September 20 in Minsk.

The Ukrainian party in the TCG earlier stated preparedness for a compromise for the sake of the release of hostages in Donbas.