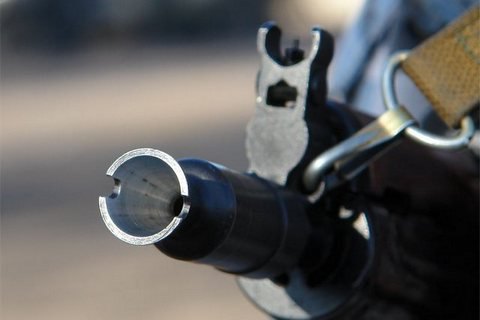 The situation in the area of the anti-terrorist operation in Donbas somewhat escalated as the enemy, after a relative silence the daytime, significantly increased shelling of Ukrainian positions after 6 pm, the press center of the ATO said in a Facebook statement on Thursday, 21 September.

The situation in the Donetsk sector was tense as the militants for a few hours pounded the positions of ATO from rocket-propelled grenades, heavy machine guns and small arms. Ukrainian military returned fire. At around 6 pm, one Ukrainian serviceman sustained a bullet wound. Also, the ATO positions near the village of Pisky reported three instances of enemy machine-gun. There were two instances of fire attacks on Mayorsk, Zaitseve and Nevelske.

In the coastal sector, Russia-backed terrorists for a quarter on an hour have shelled Pavlopilya Shyrokyne from 82-mm mortars. A heavy machine gun fired in the vicinity of Vodiane.

It was mainly quiet in the Luhansk sector.

Over the past 24 hours, Russia-backed militant groups 19 times violated the ceasefire. In every second instance, ATO forces returned fire. One Ukrainian soldier was wounded in the crossfire.

The militants have resorted to armed provocation at a checkpoint Mayorske.

"Knowing that the checkpoint closes at 6:30 pm, the militants passed about 20 cars with civilians from their side and then opened fire on Ukrainian positions. Civilians, including the elderly and women with children found themselves in the line of fire and were forced to flee and seek refuge on the positions of the Ukrainian military," the headquarters said.

Ukrainian military evacuated the civilians to a safe place and secured them during the night.

The incident was duly reported to the SCCC and the OSCE monitors.