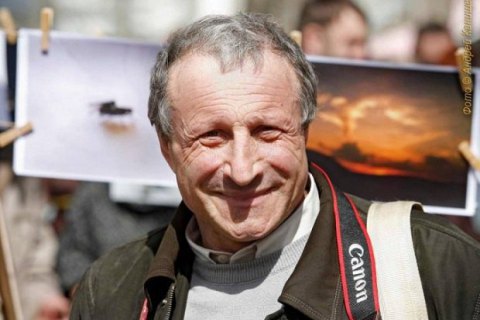 Simferopol's Zaliznychnyy district court in Kremlin-controlled Crimea handed down a 30-month suspended sentence on local journalist Mykola Semena with a probation period of three years and a ban to engage in public activities, Krym.Realii reported on Friday, 22 September.

Earlier, Semena in his last plea said his conviction would "deal a blow to journalism in whole Russia".

The prosecutor demanded a three-year sentence for Semena with a probation period of three years and deprivation of the right to engage in any public activities for three years.

Mykola Semena, a journalist for Radio Liberty and Krym.Realii, was charged with public calls for the violation of the territorial integrity of the Russian Federation. Russian prosecutors insisted that in his 2015 opinion piece for Krym.Realii he justified Ukraine's blockade of Crimea, which, in their opinion, was tantamount to such calls and an "excuse of terrorism".

Last April, his house was raided by the FSB. In May, he was charged and banned from leaving Crimea despite health concerns.