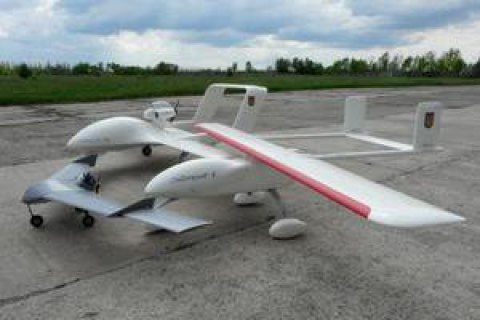 Ukraine is asking the United States to supply combat unmanned aerial vehicles and other modern weapons of the 21st century, Foreign Minister Pavlo Klimkin said on the Freedom of Speech talk show on the ICTV channel on Monday evening.

Ukraine is also asking to be sullied counterbattery, electronic warfare (EW) and other weapons of the 21st century. "This is the logic of what we are striving for," said Klimkin.

The minister said that Kyiv needs these weapons because it makes Ukraine stronger and significantly increases the price of further aggression for Russia.

In July, the Wall Street Journal reported that the Pentagon has devised a plan to supply weapons to Ukraine that has been awaiting for the approval of PresTrump. Ukraine has long tried to get the ATGMs Javelin to effectively combat Russian tanks.

In early August, the US Department of Defence sent to the White House the proposal to grant new aid package worth $ 50 mn, which envisages the supplies of antitank complexes Javelin to Ukraine.

On 24 August, US Defence Secretary James Mettis visited Ukraine to take part in the Independence Day parade. Among other issues, he discussed the strengthening of Ukraine's defense capability. After the talks, Poroshenko declined to comment on the agreements on the supply of lethal weapons.

On 19 September, the US Senate approved the draft Budget on national security needs in 2018. The bill provides for the allocation to Ukraine of $ 500 mn in aid and authorizes the granting of defence lethal weapons to Ukraine.