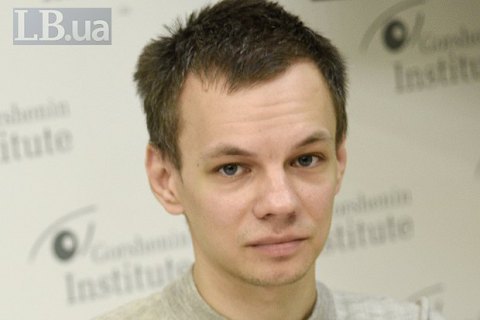 The only visible impact of Russia on the Budestag elections this Sunday was the support of the right populists party Alternative for Germany (AfD), an expert with the Institute for Euro-Atlantic Cooperation, Kostyantyn Fedorenko, told the round table conference at Gorshenin Institute on 26 September.

"The only thing we can be sure of is that Russia has quite actively tried to spur the support of the AfG among the Russian-speaking community. As for the impact on the overall course of the elections or on their results, it is hard to say something. I am not aware of such facts," the expert said.

Fedorenko says he was not surprised at AfD's scoring 12.6% of the vote.

"Nothing particularly unexpected has happened. The only thing that was a little surprising was the gap with the surveys about the support for the CDU/CSU: the Christian Democrats gained close to 5 pp less than expected. But in the end it can also be considered expected because there is a trend of under-rating right populist forces in the polls and some overstatement of mainstream parties. The support of AfD could have been even a bit higher," the expert said.

One of the factors that helped AfD, according to Fedorenko, was a change in leadership shortly before the elections, which allowed the party to distance from past scandals.

He also commented on the split in the AfD party leadership immediately after the election, when the party's co-chair Frauke Petry refused to join the right populists' faction.

"I believe that AfD will go down the usual path of many European right-wing parties, when some key figures break off and at some point to create a political force of their own, more or less in the same spectrum," said Fedorenko. "I suspect that Petri will knock together an own party."