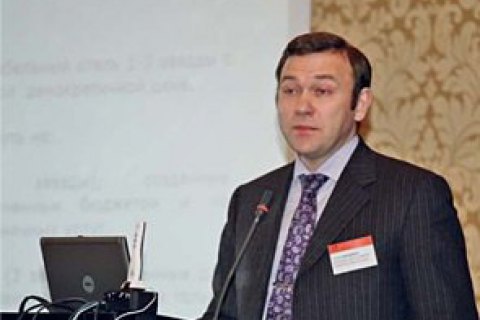 Ukrainian law enforcers on 23 September detained Leonid Bohdanov, the former director of the state enterprise Informational Judicial Systems as he attempted to flee to Russia.

"On Saturday, the former director of IJS Leonid Bohdanov was detained as he tried to cross the border with the Russian Federation," Head of Special Investigations Department of the Prosecutor-General's Office, Serhiy Horbatyuk, said as quoted by Ukrinform.

Bohdanov has headed IJS since 2013. He supervised the development and implementation of an automated computer system was that ensures the operation of the judicial system of Ukraine.

PGO suspect that Bohdanov has misappropriated 6.4 mn hryvnia in the course of the procurement of equipment for video conferencing in courts.

The PGO press service said that the embezzlement occurred through the conclusion of fictitious contracts for the supply of software for videoconferencing systems with the subsequent transfer of funds to a controlled foreign company.

Bohdanov was handed the notice of suspicion of gross embezzlement and service forgery. The prosecutor's office will seek his arrest.

Prosecutors continue the investigation to establish whether other individual were involved ibn this crime and check similar procurements worth over 40 mn hryvnia.