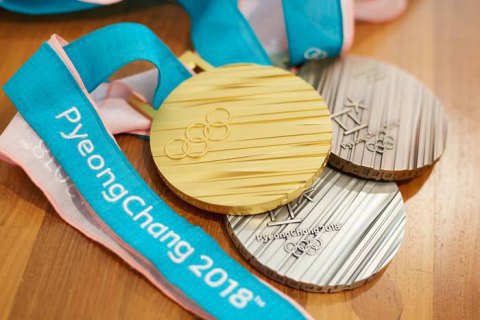 The National Anti-Doping Center of Ukraine (NADC) has supported the initiative of banning the Russian national team from the 2018 Winter Olympics to be held in South Korea in February.

"On 14 September, a special meeting of 17 heads of national anti-doping organizations under the auspices of the Institute of National Anti-Doping Organizations (iNADO) was held 2017 in Denver, USA. The meeting discussed the responsibility of the Russian Federation for one of the largest doping scandals in the history of sports. iNADO leaders also called the IOC to ban the Russian Olympic Committee from participating in the 2018 Winter Games for the proven doping corruption during the Olympic Games in Sochi and the continued non-fulfillment of its obligations to clean up the sport of doping," NADC said in a statement posted on the NADC website on Monday, 25 September. The statement has been earlier supported by Austria, Australia, Canada, Denmark, Finland, France, Germany, Ireland, Japan, Netherlands, New Zealand, Norway, Singapore, Sweden, the United Kingdom, the United States, and iNADO.

"The National Anti-Doping Center of Ukraine joins the appeal of these countries of the need to bring to the Russian to responsibility, including through the banning of Russian sports federations from participation in the Winter Olympics in 2018," the statement reads.

A letter from NADC Ukraine was officially sent to the Institute of National Anti-Doping Organizations.

The athletes and weightlifters from Russia were banned from the 2016 summer Olympics in Rio-de-Janeiro. In addition, all of the Russian Paralympic team was disqualified.