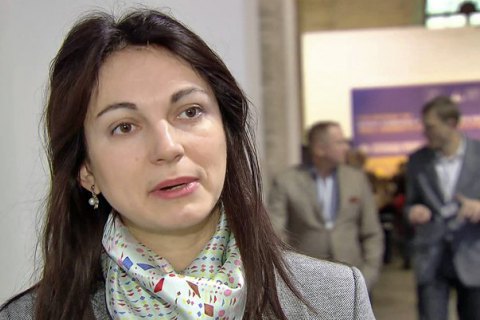 Chairwoman of the Parliamentary Committee of the Verkhovna Rada of Ukraine, Hanna Hopko, believes that Hungary's threat to block euro-integration processes in Ukraine because of the law "On education" are the results of "warm relations with Putin's regime" and the low level of political culture in Budapest politicians.

"When a diplomat, a minister of European state threatened to "hurt the future" of a neighboring European country and block its initiatives in international organizations, ne first of all degrades himself and his country. Detractors in the some EU countries can help Moscow complicate our way but they will never stop the return of Ukraine to its home – Europe," Hopko said.

"Unfortunately, aggressive rhetoric and brutal pressure on its neighbors has become the hallmark of the incumbent Hungarian government. We have seen similar attacks on Slovakia and Romania, and now Ukraine. Obviously, the problem is not about Hungary's neighbors, but the extremely low political culture and aggressiveness of some Budapest politicians. Perhaps this is due to the upcoming elections in Hungary and maybe too warm relations with Putin's regime."

At the same time, Ukrainian lawmaker stressed that the new Law of Ukraine "On Education" launches an important reform and creation of a new qualitative European-model education to replace the post-Soviet system.

In her opinion, the law fully complies with the Constitution of Ukraine, European practice and international agreements ratified by Ukraine.

"Under the new law, representatives of the Hungarian minority will be able to receive education in Hungarian in kindergartens and primary schools free of charge. In basic and specialized schools, as well as in other educational institutions, even in universities, some of the subjects will be taught in Hungarian as a EU language. All the allegations of "abuse of rights" are absurd. On the contrary, 70% of graduates of Hungarian-language schools in Transcarpathia cannot pass independent assessment test in Ukrainian, because they simply do not know, remaining in a man-made "language ghetto.

The new education law protects the rights of all Ukrainian children, including ethnic Hungarians, and will create the right conditions in the labor and education market. Turns out that this is what stirs rage in Budapest: we help Hungarian children to intensively study Hungarian language and culture, at the same time familiarising them with the Ukrainian language enabling them to have competitive position in the labor market. The attempts to call white black and resorting to blackmail in relation to Ukraine is in vain. Everyone who still has not understood that, may ask Putin, who has tried to bring Ukraine to its knees," Hopko said.

The European choice of Ukraine is irreversible, she stressed.

President Petro Poroshenko on Tuesday signed the law "On Education", adopted by the Verkhovna Rada earlier this month.

The president stressed that the law enhances the role of the state Ukrainian language in the educational process and provides equal opportunities for all, because it guarantees each graduate a high level of language proficiency necessary for a successful career in Ukraine.

On September 5, the Verkhovna Rada approved the law "On Education", which, in particular, regulates the use of the Ukrainian language as the language of instruction.

It provides that children who will go to school next year will be entitled to study in their native languages only in elementary school. Starting from the fifth grade all subjects should be taught in Ukrainian.

A number of countries that have large diasporas in Ukraine have stated concerns over the adoption of this law.