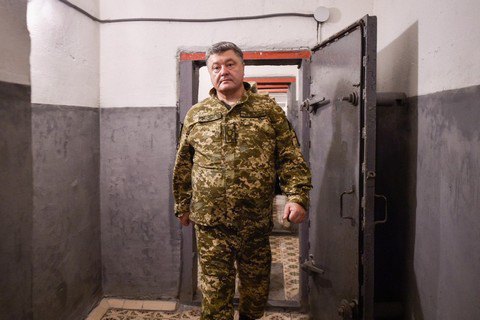 President Petro Poroshenko convened a military cabinet because of the explosions in the ammunition depot in Kalynivka.

"Decided to convene the Defence Cabinet with the prime minister, the secretary of the National Security and Defence Council, defence minister, chief of staff, the head of the SBU, and heads of national police, national guard and emergency services as soon as they return from Vinnytsya," the head of state stated in Facebook on Wednesday, 27 September.

The Defence Cabinet is a working organ of the National Security and Defence Council during special period. Its main role is to review the proposals on the use of forces and means of the security and defence sector to repel armed aggression against Ukraine.

At around 22:00 on 26 September, stocks of weapons and ammunition at a military ammunitions depot in Kalynivka have caught fire with the subsequent detonation of the ammunition.

The military prosecutor's office on 27 September opened criminal proceedings on the fact of sabotage in connection with the fire and explosions in the territory of a munitions depot the town of Kalynivka, Vinnytsya Region.

Prime Minister Volodymyr Groysman stated that the fire was due to arson. Two women were reported wounded and hospitalized.