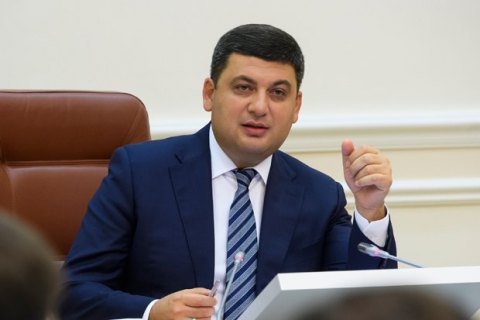 Prime Minister Volodymyr Groysman believes that the government should punish employers who conceal the employment of workers, and that the state can take care of pensioners who have not been properly employed. "A person who has reached the retirement age and is not entitled to a pension should receive social support, social assistance from the state, but not at the expense of pensioners," the prime minister said on Channel 5 on Friday, 13 October. He said that such benefits should be paid by the state from the general budget fund.

Volodymyr Groysman said that his government's move on raising minimum wages had to be accompanied by a massive clampdown on unscrupulous employers as part of the general "de-shadowisation" of national economy.

"I believe that we as workers must demand that our employers provided us with official employment. […] The time when an employee was hired off the book, as a slave has passed," he said

Groysman said that the government has so far not implemented the "draconian penalties" because "we are talking of tens and hundreds of thousands of hryvnya" for every unreported worker.