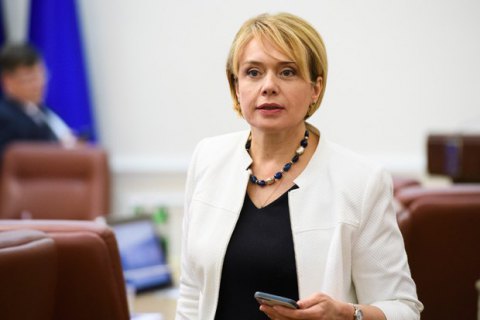 Minister of Education and Science Liliya Hrynevych believes that Ukrainian territories compactly populated by representatives of national minorities, who do not speak the state language, can become objects of territorial claims by foreign countries.

"Any manmade 'language ghettoes' are politically vulnerable in terms of possible territorial claims. Look at what happened in Crimea where there was no Ukrainian language," Hrynevych said on the TV channel 1+1 On Thursday, 12 October.

The minister cited a fact that 75% of 2017 school leavers in the Berehove district of Transcarpathian Region, which is a place of compact residence of the Hungarian minority, failed to pass external independent testing, including because they do not read, write or speak Ukrainian.

The official language connects different regions of the country, the minister believes.

Hrynevych says her ministry does not expect that the conclusions of the Venice Commission on the language norms in the new law On Education will but few minor recommendations, since in general Ukraine has not violated any of its international obligations.

The recently adopted law On Education provides that children from national minorities in Ukraine will be able to study in their native language only in primary school, and starting from the fifth grade all subjects should be taught in the state language – Ukrainian.

The adoption of the law has triggered bitter criticism on behalf of some countries neighbouring Ukraine and prompted the Parliamentary Assembly of the Council of Europe to pass a resolution with recommendations to Ukraine on the protection of the rights of national minorities.