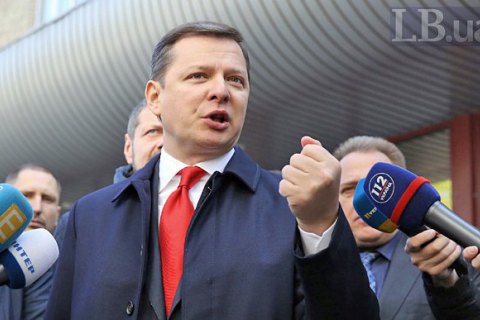 The leader of the Radical Party, Oleh Lyashko, says he won 571 thousand hryvnia in a lottery.

In his income declaration posted on 24 October in the website of the National Anti-Corruption Bureau, Lyashko declares three wins in unspecified lotter by Ukrainian National Lottery (UNL) (Superloto, Keno, Lotto Maksyma): 283,560, 153,485 and 134,000 hryvnia.

The Tax Code of Ukraine sets the following rules of taxation for lottery winners: 18% deductions to the state budget; 1.5% are the deductions in support of the Ukrainian army.

In 2016, MP Pavlo Kishkar claimed having won a 1.2 mn hryvnya in a lottery. He said that he has an own mathematical system, which allowed him to win.