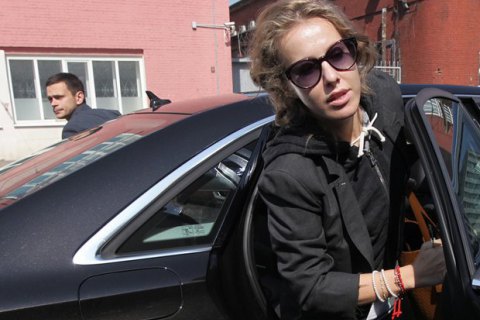 Russian media personality and a journalist, Ksenia Sobchak, who has stated plans to run in the 2018 Russian presidential race, says that Crimea rightfully belongs to Ukraine.

"In terms of international law, Crimea is Ukrainian. Full stop. This given, let's talk further on. Where do we go from here, what's gonna happen next, how will the life of people in Crimea change? Because this, in fact, is very important. How will these people return to Ukraine tomorrow? A huge number of Russian people in Crimea really support [the annexation]," Sobchak told a press conference in Moscow on Tuesday, 24 October.

She believes that the annexation and the affiliation of Crimea is a big problem that must be resolved.

She stressed that she stands for improving relations with Ukraine at all costs.

The TV host Ksenia Sobchak announced on October 18 her decision to participate in the presidential elections in Russia. She said that voting for her would mean a ballot cast "Against All".