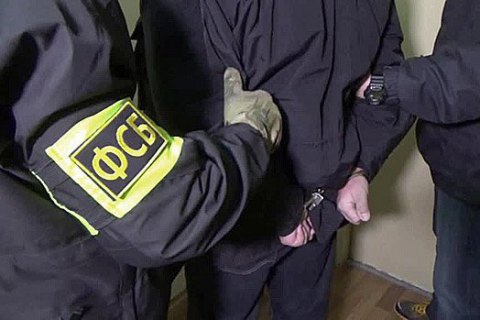 Russian Federal Security Service (FSB) said that a citizen of Ukraine was detained while attempting to illegally cross the border.

"The officers of the Border Guard Department of FSB of Russia in the Kursk oblast detained a 31-year-old Ukrainian citizen who had illegally crossed Ukraine's border with the Russian Federation," Interfax said on Monday, 23 October, with a reference to an FSB statement.

According to the FSB, the offender had "pistols, cartridges, grenades and 26 ampoules with, presumably, mercury."

The FSB says the man tried to shoot back during the detention and made an attempt to return to the territory of Ukraine.

"During the ensuing firefight, he received gunshot wounds of moderate severity," the FSB report said.

Earlier, Russia announced the detention of a member of Ukrainian Right Sector nationalist organisation in Rostov-on-Don.