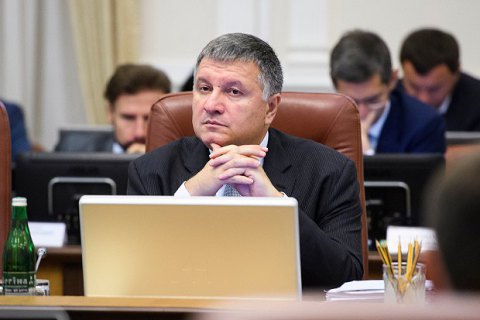 Ukraine's Interior Minister Arsen Avakov refuted media reports about the alleged tensions between him and President Petro Poroshenko because of the passivity of the police in the course of the 17 October protest rally.

"I do not have any conflict with the president of Ukraine. We are in quite friendly phone contact. Our relations are quite friendly and, I would say, comradely, if one can say that about the relationship between a minister and the president," Avakov said on 112-Ukraine TV channel on Monday, 23 October.

Avakov said that such relations have developed since the times of the Revolution of Dignity.

"Top state officials meet and discuss topical issues now and then. This is normal. Such discussions do not always go smoothly but that's part on normal debate."

"It not like we fight and throw glasses with water at each other. [I leave] glass of water solely for one person, [Saakashvili]," Avakov said.

Last week, Ukrainian media outlets reported that Poroshenko and Avakov had a fight after protesters put tents on Hrushevsky St. The president was allegedly unhappy that that Avakov-controlled police allowed protesters to do so.

Minister Avakov is a key representative of People's Front in the government.