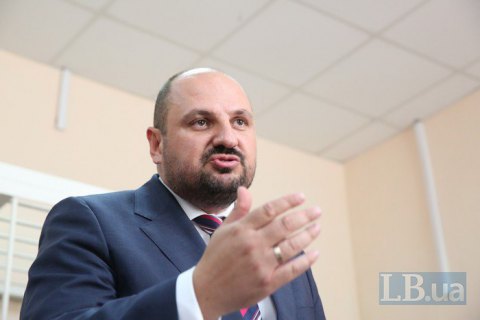 National Anti-Corruption Bureau says that the Verkhovna Rada deputy Boryslav Rozenblat 19 October was removed from the plane because he was trying to take out materials that are important for the investigation of the "amber case."

The probed deputy was searched in the airplane and brought to court. Formally, he was not arrested, NABU said in a comment after yesterday's incident at the Kyiv Airport.

"The detectives believe that the suspect was planning to spirit from the territory of Ukraine means of communication that may contain information about past crimes and communication between partners in crime, valuables and money that may be have been illegally earned, as well as other assets in order to prevent his arrest in criminal proceedings," NABU statement reads.

The investigators during the search seized Rozenblat's mobile phones, jewelry (or items similar to jewelry), payment cards of foreign banks, a banking cards, a diplomatic and civil foreign passports.

NABU said they received Rozenblat's letter about his trip after the flight to Cologne had to take off. Rozenblat is suspected of taking bribes and abuse of influence.