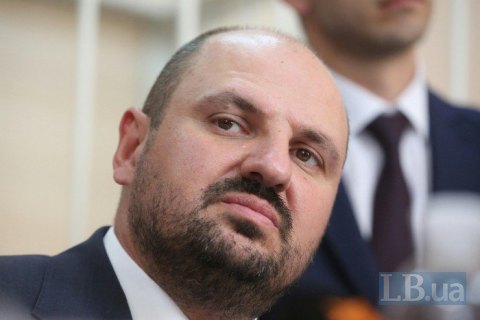 Operatives of the National Anti-Corruption Bureau on Thursday, 19 October, detained MP Boryslav Rozenblat, who is being investigated on corruption charges, at the Kyiv (Zhuliany) Airport as he was attempting to check in on a flight to Cologne, Germany.

LB.ua has learned from a source in the airport that Rozenblat was carrying gold and diamonds in his luggage.

Rosenblat did not show up to court hearings on Wednesday and Thursday. He has been barred from foreign travels by court.

The NABU has not yet confirmed the report.

Rozenblat said in a Facebook comment that he has notified the NABU of his plans to go abroad "for three days" although he did not have to since the term of his home arrest expired. He accused the NABU of arbitrariness and provocation.

The parliament has stripped Boryslav Rozenblat (ex-BPP) and Maksym Poliakov (ex-People's Front) of parliamentary immunity but refused to sanction their arrest.

Rozenblat is suspected of abuse of influence and 280,000 dollars in bribery. Prosecutors suspect Poliakov of committing similar crimes. Both deputies are suspected of receiving undue benefits for submitting to the Verkhovna Rada lobbying bills related to amber extraction.

The Specialized Anti-Corruption Prosecutor’s Office requested that Kyiv's Solomyansky District Court set a UAH 10 million bail for Rozenblat. He was required to give in his passport, wear an electronic bracelet, and stay within the limits of Kyiv and Zhytomyr.

Prosecutors have also required from court to ban Rozenblat from contacting a number of witnesses and suspects in the case.