Protesters and policemen clashed again at a protest rally opposite the parliament building on Wednesday, 18 October. Police are using tear gas, an LB.ua correspondent reported.

On Tuesday, the participants of the rally snatched out a few riot shields from policemen. In response the police opened criminal proceedings on the fact "theft of the property of officers of the National Guard." 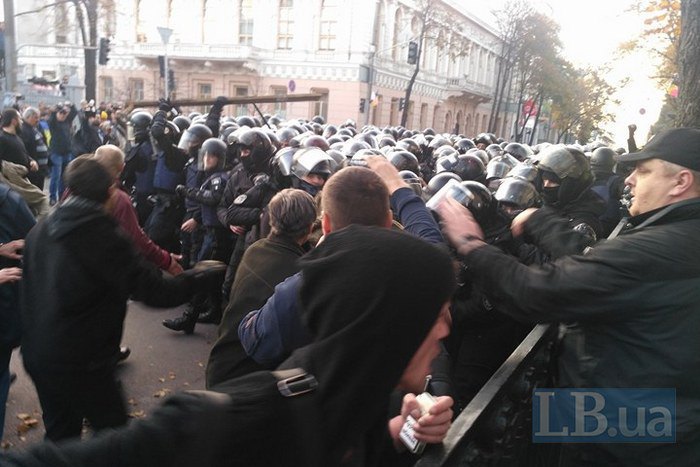 Police detained eight participants of the clash and took them to a police station.

Recall, the participants of the rally in front of the parliament demand changing the election system in Ukraine, in particular, adopting a proportional system with open party lists, creation of an anti-corruption court, and abolition of parliamentary immunity.

The deputies agreed on Thursday to consider two of the three requirements. A bill on an anti-corruption court to satisfy all parties yet does not exist.