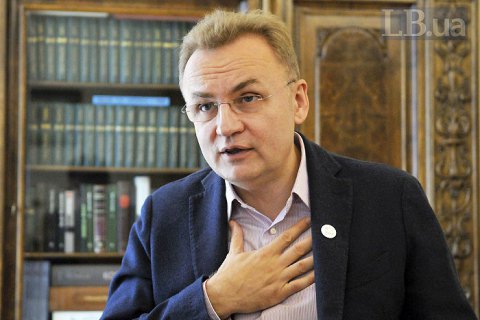 Prime Minister Volodymyr Groysman cannot realize the unique opportunity that he is having because of his dependence on the president, Lviv Mayor Andriy Sadovyy said in an interview with Sonya Koshkina.

"As a politician he has a great position, he is a decision maker, but as a prime minister he has no coalition to lean on. How many deputies are ready to immediately vote on his request? In normal countries, governments are supported by coalitions," Sadovyy said

"Unless [President Poroshenko] gives go-ahead, Groysman cannot do anything."

Lviv mayor did not deny that Groysman did not help him to resolve the so called garbage collapse, but avoided to elaborate on the issue.

Sadovyy insisted that Groysman cannot realize his potential in full because of political circumstances he found himself.

"He is smart man. In fact, he has a fairly good potential. He has worked long enough as Vinnytsya mayor, and he was bored as the speaker of parliament.

"For him, premiership is a one in the lifetime chance. Taking such a post in his age and in such circumstances... I even pity him, you know, because he can do so much better than this. But under the circumstances he has to constantly maneuver," Lviv mayor said.