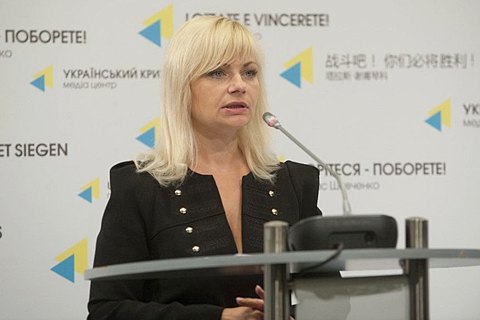 The Security Service of Ukraine refutes media rumours about the opening a probe against the detectives of the National Anti-Corruption Bureau of Ukraine (NABU) and the prosecutors of the Specialized Anti-Corruption Prosecutor's Office on high treason charges. "This information is not true," SBU spokeswoman Olena Hitlyanska told Interfax-Ukraine on Monday, 23 October.

Previously, Ukrainian News alleged that a probe has been opened in response to the detention of Deputy Minister of Defence Ihor Pavlovskyy in connection with a corrupt procurement of fuel from the company Trade Commodity. The investigation was allegedly initiated by the Deputy Secretary of the National Security and Defence Council Oleh Hladkivskyy.

On 11 October, NABU held Pavlovskyy and three defence ministry officials on suspicion of a 149-mn hryvnia embezzling in the course of the procurement of fuel from the company Trade Commodity for the army.