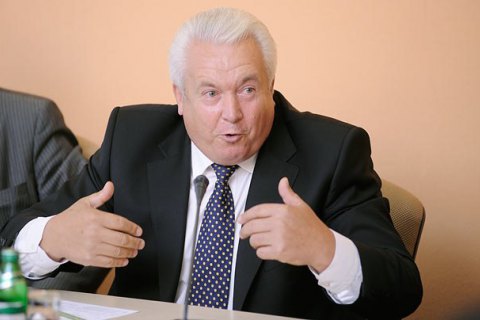 A former MP from the Party of Regions Volodymyr Oliynyk, who fled to Russia after the overthrow Viktor Yanukovych says he is sponsoring several tents at the protest rally outside the Verkhovna Rada building.

Oliynyk wrote on Facebook on 19 October as he commented on the rally that he financed a tent not because he a sympathiser of Saakashvili but to support some groups of people from Cherkasy region, whom he knows well.

Later he reiterated the same on a Moscow radio.

"Oliynyk, a runaway Party of Regions MP and a Yanukovych crony said he financed the tent city in front of the Rada. I hope it leaves no doubts about who pays for the banquet that is seasoned with provocations, human blood, dissolution of parliament and National Guard and the SBU, and stupid ultimatums," Avakov commented on Oliynyk's statement.

Avakov addressed the protest leaders: "Semenchenko-Saakashvili-Sobolev-Derevyanko - are you working off this money? What crap are selling, taking dirty money from the pack of fugitives from the Yanukovych's Party of Regions? With all the imperfections of what is going on in the country, what you do is disgusting - or maybe worse!

A few dozen protesters continue the rally opposite the Verkhovna Rada.