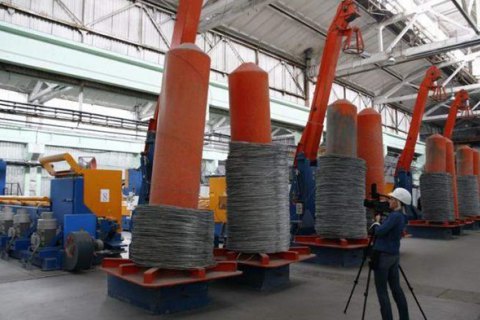 Severstal Group, which is controlled by one of the richest Russian businessman, Aleksey Mordashov, got rid of one of Ukrainian assets, the Dniprometiz plant.

Severstal said in a statement that its subsidiary Cambay Services Ltd has completed the sale of 100% of the shares of Dealzone Holding Ltd that owns 98.6% stake in Ukrainian PJSC Dniprometiz. Severstal did not elaborate on who is the buyer and the terms of the transaction.

In 2014, Severstal stated plans to sell Dniprometiz to a German company.

Dniprometiz shows good utilization of the capacity and stable financial performance but is not operationally bound with Severstal's Russian companies, reads the statement.

Severstal has acquired 60% stake in Dniprometiz from Serhiy Tigipko's TAS group for $ 50 mn in 2006. Subsequently, the stake of the Russian company in Ukrainian enterprise grew to 98.6%.

Dniprometiz is one of the largest enterprises in Ukraine in the industry but it is heavily dependent on its raw material suppliers - ArcelorMittal Kryviy Rih by Lakshmi Mittal and Rinat Akhmetov's Metinvest.

Ukraine has imposed sanctions against Mordashov.