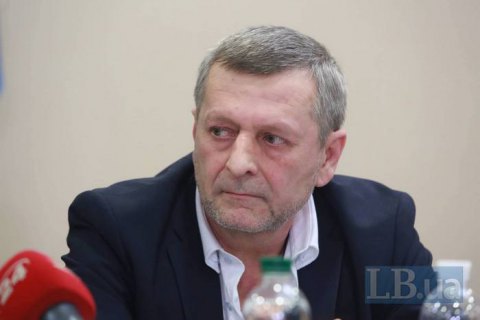 Vice-Chairman of the Mejlis of Crimean Tatar people Akhtem Chiygoz and Ilmi Umer, who after the conviction in the Russian-occupied Crimea were given over to Turkey, returned to Ukraine on Friday. Their plane landed at the airport Boryspil.

The wife of Chiygoz Elmira Ablyalimova, Umerov's daughter Aisha, and Russian lawyer Nikolay Polozov came from Crimea to meet them.

At 16:00 the two Crimean Tatar leaders will have a meeting with Ukrainian President Petro Poroshenko.

Russian occupation authorities gave over Umerov and Chiygoz to Turkey thanks to agreements reached during the visit of Turkish President Recep Erdogan to Ukraine.

Akhtem Chiygoz was the main defendant in the loudest and protracted criminal trial in the peninsula. As the then spokesman for the Investigative Committee of Russia, Vladimir Markin, has stated Chiygoz was arrested "on suspicion of organizing and participating in mass disorders". Markin referred to 26 February, 2014 protest rally opposite the building of Crimean parliament in Simferopol. Chiygoz was arrested and sentenced to eight years in prison under Part 1, Article 212 of the Criminal Code of the Russian Federation.

Ilmi Umerov was charged of inciting separatism after he stated that Crimea should be Ukrainian. He said this on March 2016 during an appearance on ATR TV channel. This address was recorded and posted on the Internet, after which Russian authorities charged Umerov of public calls for actions aimed at violating the territorial integrity of the Russian Federation. He was subsequently tried and sentenced to two years in a penal colony.