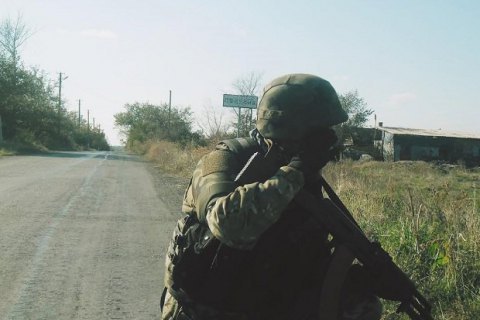 The results of the Eastern Partnership summit, which took place in Brussels on 24 November, demonstrated that the inactivity of Europeans may turn the Donbas showdown into just another frozen conflict in the territory of the former Soviet Union like those in the Dniester region, Abkhazia, South Ossetia etc, the French newspaper Le Figaro has said.

Despite the EU support for Ukraine declared from the rostrum of the summit, its final declaration did not mention either the conflict in Donbas or the annexation of Crimea by Russia, Le Figaro said.

"Divided over sanctions, driven into an internal crisis by Brexit and Catalonia, and Angela Merkel's problems - they are also disoriented by Donald Trump's Russian politics," the French paper said.

Meanwhile, the Minsk Agreements and talks in the Normandy Four format are in a dead end.

"The Normandy format has no chance of being implemented until the Russians withdraw from the territory [of Ukraine] and Ukraine regains control over its border. The Minsk process is dead. It is nothing but hot air aimed at freezing the situation. And this situation is organized by Putin," Le Figaro said.

However, Ukraine's Interior Minister Arsen Avakov, who was in Paris last week, offered a strategy of "small steps" to gradually return the occupied territories to Ukraine.

While the situation calls for decisive action, Le Figaro says, any initiatives and proposals for resolving the Donbas conflict, eg the deployment of a peacekeeping mission, are blocked by Moscow despite the efforts of US special envoy Kurt Volker.