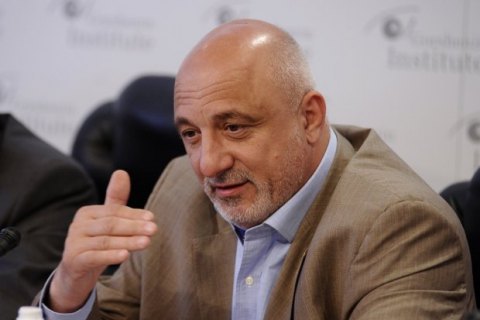 A former energy minister in the governments of Viktor Yushchenko, Yuliya Tymoshenko and Yuriy Yekhanurov, a former head of the Odesa regional administration under President Yushchenko, head of the Kyivenergo supervisory board and the owner of the Colonist wine brand, Ivan Plachkov, commented for LB.ua on the results of the 8th National Expert Forum organised by Gorshenin Institute.

"Economic development cannot be based on false values. In civilized countries, a citizen of the country is the main value. Meanwhile, we make decisions in the interests of a particular government agency, sectors of economy, regions or the state, but not in the interests of the citizen. The cheapest thing [in Ukraine] is labour, the citizen. Unless we change the conscience, we won't succeed," Plachkov said.

Another problem, according to the ex-minister, is the lack of public companies whose leaders would have to report to their shareholders: "All of the country's major companies are owned by 15–20 individuals, so even private companies just cannot be effective."

Ivan Plachkov drew an example of Facebook, where the company's founder Mark Zuckerberg owned (as of 2015) about 15 per cent of the company. "Siemens, Apple, or the Boeing are companies with many shareholders, while our Motor Sich is owned by Vyacheslav Bohuslayev, regional energy companies – by Babakov. Even if they wish, they cannot run their companies efficiently. We had privatization but no public companies."

Yet another problem of Ukraine is the lack of control over the implementation of privatization deals, says Ivan Plachkov. "We have sold oil refineries on condition that the new owners should load these plants with oil, but the state never controls the fulfilment of this condition."

The development of the national economy as a whole is impossible without strengthening the role of state institutions like tax administration, the Antimonopoly Committee, the securities commission and the commission for energy and public services.

"Mr. Vovk [the head of the National Energy Commission] distributes 450bn hryvnyas every year, which is slightly less than half of the country's budget," the former minister said to illustrate the role of state agencies.

With up to 60 per cent of the Ukrainian economy in the shadow, it is impossible to return this money into the legal domain without increasing the role of the state in the economy, Plachkov said.

"There should be state control - strong but fair," he concluded.