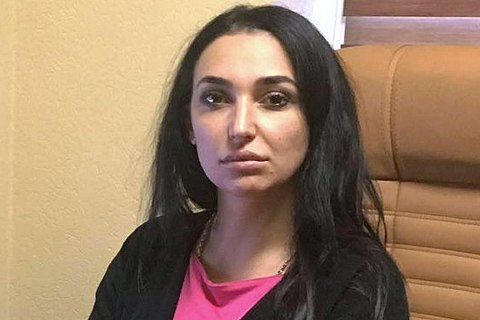 First deputy head of the State Migration Service Pimakhova Dean gave her story of the arrest of a detective of the National Anti-Corruption Bureau.

At a briefing on Thursday, 30 November, Pimakhova said that she met the agent in early 2017 shortly upon taking the office. The man whom she knew as a manager of an Arab investment fund after a few months of acquaintance asked her for help with the legalization of certain foreign nationals in Ukraine.

"I refused, but during next meetings he hinted at a monetary compensation. I told him that such an action is a criminal offence," the official told the briefing.

"After that meeting, I filed a complaint to the Security Service, stating that I as a public servant, the first deputy of the State Migration Service, was offered a bribe by a man known as Serhiy Titenkov for the illegal legalization of foreigners in Ukraine," Pimakhova said.

On 29 November, the man was detained during the handover of 15,000 dollars to her.

Pimakhova said that only after the arrest she learned that the man was wearing wiretapping device, and that his real name was Serhiy Boyarsky, an agent the National Anti-Corruption Bureau of Ukraine.

The NABU stated earlier in the day that the Prosecutor-General's Office and the Security Service of Ukraine disrupted an undercover operation against an organized criminal group in the State Migration Service.