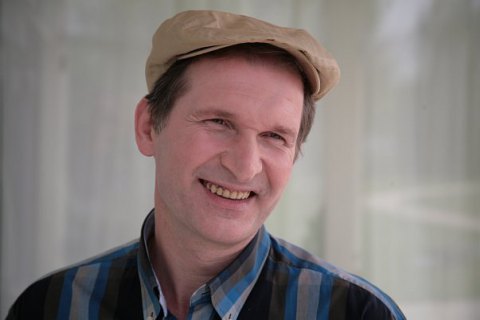 The Culture Ministry of Ukraine has put Russian actor Fedor Dobronravov, who starred in the In-Laws TV series by Kvartal 95 production company, on the so-called blacklist of persons who pose a threat to national security.

Essentially, the blacklisting of the key actor makes the series subject to the ban.

Ukrainian legislation provides that the State Cinema Committee shall refuse to issue or terminate the issued certificate for distribution and screening of films if one of the participants in the film is included in the list of people who pose a threat to national security.

Earlier, the Security Service of Ukraine (SBU) prohibited Fedor Dobronravov from entering Ukraine for three years over his anti-Ukrainian statements, in particular, supporting the annexation of Crimea by Russia. The actor has repeatedly visited the occupied peninsula in violation of Ukrainian law, according to the SBU.

The art director of Kvartal 95, comedian Volodymyr Zelenskyy, posted a video message ridiculing the denial of entry for Dobronravov.

Later on 29 November, the chairman of the State Cinema Agency of Ukraine, Pylyp Illenko, said on Facebook that a decision was made to cancel the state registration and distribution license for all the seasons of the In-Laws show.