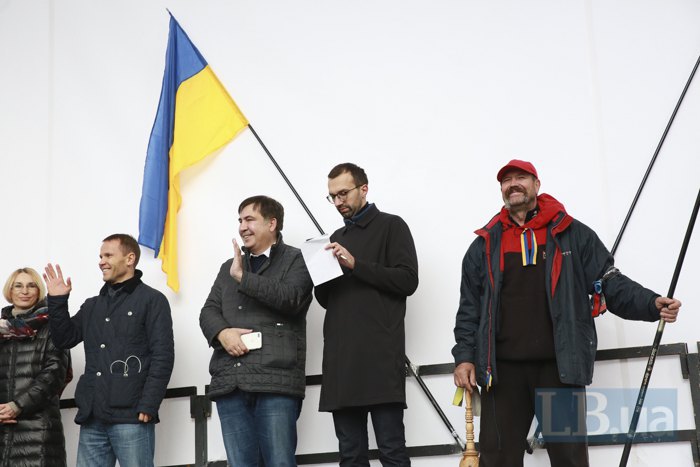 
An active part of the Ukrainian society mostly did not take well at all the July news about the annulment of Mikheil Saakashvili's Ukrainian citizenship. Not that they particularly like Saakashvili, but because selective justice is unacceptable. "Today - he, tomorrow - any of us," the idea is simple, but quite comprehensive. It proved true in the days of Yanukovych.

The actions of the authorities raised a lot of questions and concerns about the early signs of dictatorship and tyranny. Citizenship is not an indulgence of the Holy Inquisition, which can be simply given and/or taken away. Especially when a person is abroad. There was no question about the end beneficiary of this action. The only question was: why would need to shame the country so much in the eyes of the world community? Settling scores by the elites would do, but they have one country.

Therefore, when Mikheil Nikolozovich moved to the border in September, the well-intentioned public was getting ready to observe a session of outstanding trolling of authorities. The authorities the degree of hatred for which - regardless of the position, circumstances, etc. - is simply off limits. And everyone who recalls this invariably wins approval. Otherwise, if you simply recall this, without offering anything reasonable and realistic in return (absolute nonsense like presidential primaries by "expert sociologists" or "seminars" in a sham town near parliament does not count), your rating will be similar to that of the Movement of New Forces, that is like the margin of error.

Of course, no-one had expected a "breakthrough". First, it was impossible to imagine that uniformed agencies would allow such a thing. Second, no-one could imagine that the person who describes himself as a "patriot of Ukraine" would desecrate its border. And do so when, in the fourth year of the war, people continue to die for every meter of the eastern bounds of this very border. 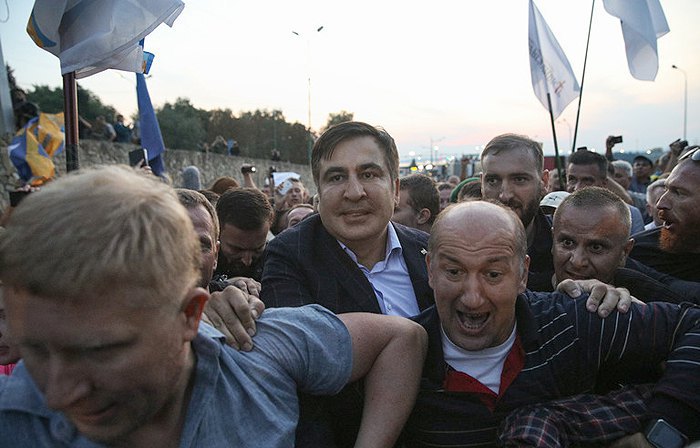 Therefore, active citizens (Saakashvili's ideological supporters, party members and associates do not count) drastically changed their opinion about the 17 September events throughout the day. From mild approval in the morning to flat rejection in the evening.

On 5 December, the situation repeated itself almost completely.

When uniformed agencies flooded Kostyolna Street early in the morning, not only career associates of the Georgian ex-president but also several hundreds of "angry citizens" (Kyiv residents, of course) rushed there too. Those who often constitute the "core" of any serious protest. Those who got sick of the arbitrariness of authorities - lies, corruption, and mutual cover-up. Those who asked logical questions: why are law enforcers so active with regard to the president's personal enemy Saakashvili, but completely fail to notice the Russian passport of Odesa mayor Hennadiy Trukhanov, the British passport of Roman Nasirov, or separatist mayors, or to punish the architects of the former bloody regime? Why have they been talking about deoligarhization for years and the results are zero?

Not everyone knows who Kurchenko is, but it is clear to everyone that the country is clearly going the wrong way.

So, what happened in Kostyolna in the morning was a classic spontaneous riot. As a match which lit and died only by a fluke. It was a riot that may happen again - often such processes have a "cumulative effect." 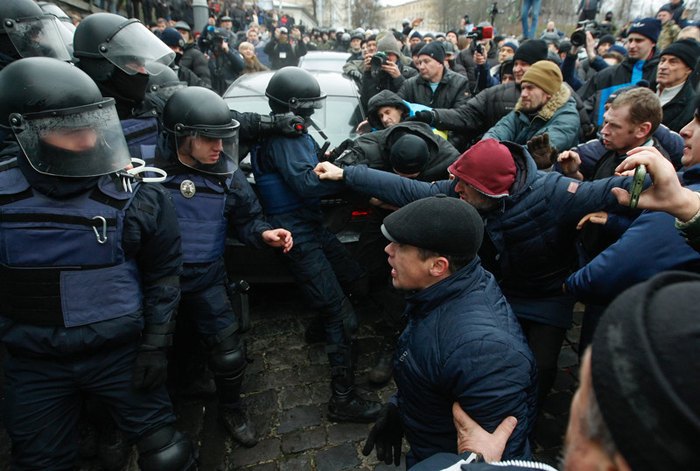 People who rushed there did not think about "Saakashvili's grandmother" who apparently paid for a spacious penthouse with access to the roof. People were much more interested in observing the law, access to lawyers, etc. They immediately likened Poroshenko to Yanukovych, and Saakashvili to Tymoshenko. And although the metaphor was clearly an exaggeration, the black ranks of special-purpose troops, a van with Mikho blocked by his supporters only reinforced the similarities.

Up until the moment when Saakashvili was recovered from the van. Then he, as usual, began to say and do what would repulse any adequate person.

You can treat Lutsenko any way you like, but there is no doubt about the authenticity of the records he made public. At least for anyone who is well versed in the "matter" at least to some extent. It does not make much sense to prove anyting to those who have a clue about football, economy and international relations, and a little about cooking. Often it is simply useless.

In a conversation with Saakashvili, Kurchenko clearly "worked out" a certain scenario. The question is which one exactly and what Kurchenko received for this.

Legitimate demands by a number of MPs (including those who supported and support Saakashvili) to Mikheil Nikolozovich to give a calm and detailed explanation of the allegations were predictably swallowed up by a new wave of populism with phrases like "I do not even know who Kurchenko is" (an allusion to "I did not break the border - people carried me over."). 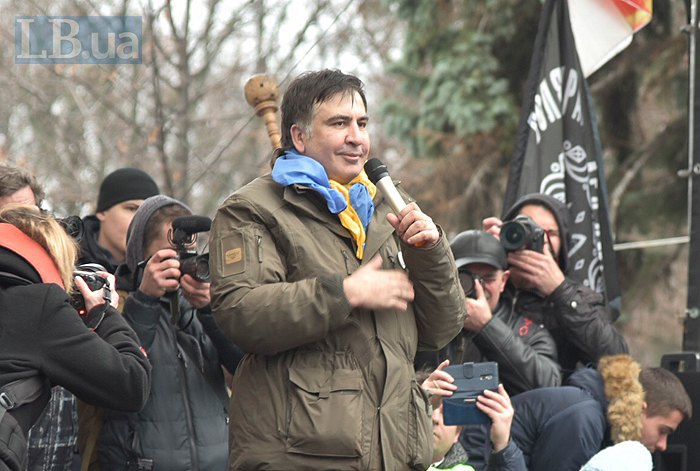 At such a pace, he may begin to say that he does not know Ihor Kolomoyskyy or Oleksandr Onishchenko. Although he used to mercilessly criticize them (especially targeting Kolomoyskyy), recently they had a very nice meeting (in a rather broad composition) in Geneva. Nothing personal, "the enemy of my enemy is my friend", we do not choose methods, and winners are not to be judged.

But no matter how the current round of the Mikho scandal ends (and, obviously, it will not end any time soon), Saakashvili will not be able to win any longer. Populism and lies are effective methods of political confrontation, but not of this quality and not in such quantities.

Authorities will not win this fight for sure. It is clear that they were settling scores with the use of administrative machinery. It is also clear, especially to Western partners, that they were substituting white with black.

Law enforcers are certain not to win this fight. If the case goes to court, Kyiv and the region will simply run out of popcorn. A simple question: could they have apprehended Saakashvili without special effects by handing him a summons in the investigator's office? They could have and should have. If the choice between the result and special effects is in favor of the former.

Especially on the background of a new round of "cop wars" and American partners' clear position on it.

The country will not win this fight for sure.

But it has already been won by Putin. Today, all the participants in the process through their joint efforts have made him an excellent favour. Did it happen simply by chance?