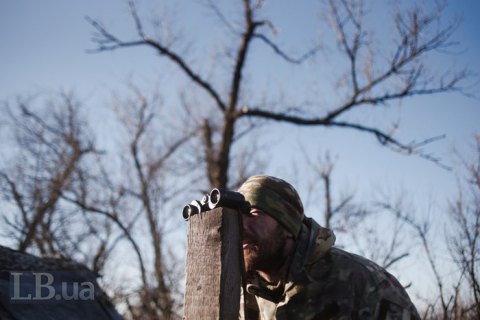 One Ukrainian serviceman was wounded and one was injured in combat on 16 February, the press service of the antiterrorist operation (ATO) HQ said on Facebook the next morning. It registered 20 targeted attacks on ATO positions by pro-Russian militants.

The enemy also used mortars of various calibres and a whole range of infantry weapons on the approaches to Svitlodarsk and Troyitske. The militants fired with 82-mm mortars, grenade launchers and small arms on the ATO positions near Krymske. In other areas of the Luhansk sector, ceasefire violations were registered near Zalizne, Malynove and Novooleksandrivka.

The enemy was provoking Ukrainian servicemen by firing with heavy machine guns and small arms near Taramchuk in the Donetsk sector in daytime.