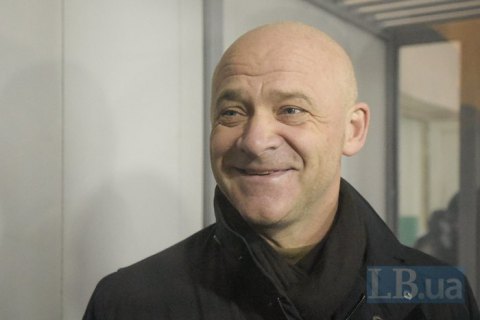 He was ordered to report to a detective on first call, not to leave Odesa without law enforcers' permission and hand in his foreign passports.

Trukhanov, who has not been to Ukraine since late December 2017, was detained upon arrival at Boryspil airport on 14 February. He is suspected of embezzlement through abuse of office.

The case concerns the local bankrupt factory Krayan which was auctioned off for 11.5m hryvnyas and then bought from a private company for 185m hryvnyas. The seller attempted to transfer the payment to a fake company but the National Anticorruption Bureau of Ukraine froze it.