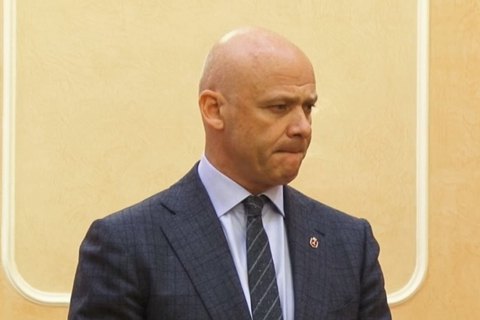 Detectives of the National Anticorruption Bureau of Ukraine (NABU) together with prosecutors of the Special Anticorruption Prosecutor's Office (SAPO) have detained three suspects in the case of embezzlement by the Odesa city council leadership, the NABU press service has said.

One of them is an Odesa city council official and two businessmen.

They are suspected of "embezzlement of property through abuse of office".

The suspects' whereabouts are being established. "If they are absent, a decision will be made whether to declare them wanted," the NABU said.

According to the press service of the Odesa city council, Trukhanov is on a business trip to Prague for talks with officials of the Czech Ministry of Industry and Trade.

Trukhanov has not reported to work since 26 December, going from vacation to business trip to vacation.