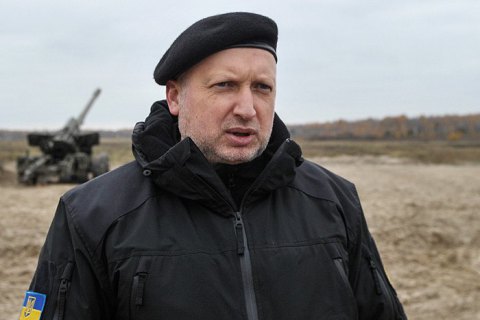 The secretary of the National Security and Defence Council, Oleksandr Turchynov, has said in an interview with Hromadske that he will not run for president in 2019.

Despite earlier allegations, he is not planning to head Petro Poroshenko's election campaign either.

"I worked as the president. I did not like it. You cannot sleep and there is tremendous pressure, therefore I'm not planning to participate either as a presidential candidate or as head of any staff - I would like to stress – any staff," he said.

"Political HQ should be dealt with by those who do politics. And, besides, I think Petro Oleksiyovych has everything planned already. It is not his first campaign. A different issue is that the Bible says when the kingdom is split, it is doomed. There should be no internal competition within the progovernment team because it will not be able to take care of reforms, economy, but will only squabble. There must be a united team in the government," he added.

The next presidential election in Ukraine is scheduled for 31 March.

Sonya Koshkina's editorial "Managing the fall" mentioned three conditions on which Turchynov may have agreed to chair Poroshenko's election campaign and other possible candidates for this post.