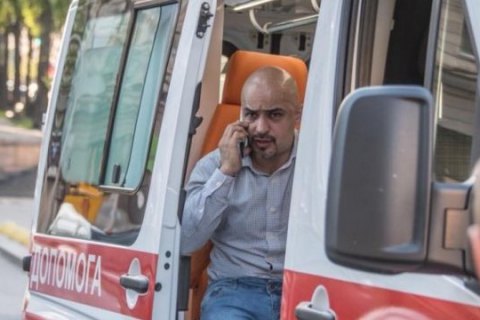 "Kyiv law enforcers put the 29-year-old man, who inflicted bodily injuries on the MP, on a wanted list back on 2 May. Today, on 5 May, Azeri law enforcers detained the suspect on the request of Ukrainian investigators," he said.

Extradition procedures have been launched, according to Avakov.

"Three participants in the incident have been declared suspects in a group hooligan act. A court has already selected a measure of restraint. The fourth participant booked a plane ticket 20 minutes after the incident and flew to Baku in 2.5-3 hours. He has not been identified by his departure. However he was declared a suspect on several counts in absentia and put on a wanted list," Avakov said in his post.

On 30 April, Nayyem got beaten in central Kyiv over a motorway dispute. The MP apparently did not let another car cut in front of him as he believed it was snubbing the traffic rules.

Three participants in the brawl were detained. They were placed under house arrest.