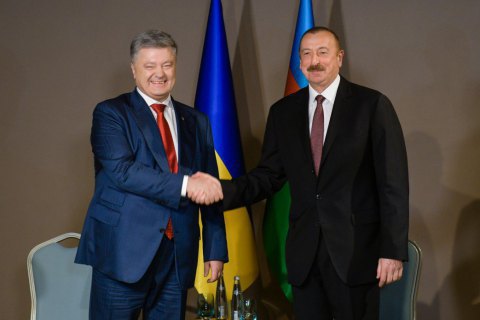 Poroshenko's press secretary Svyatoslav Tseholko said on Facebook that thanks to participation in this project, Ukraine will be able to receive Azerbaijani gas "in the prospect".

Poroshenko went to Turkey to take part in the inauguration of the Trans-Anatolian gas pipeline which bypasses Russia.

The pipeline is the key part of the Southern gas corridor along which Azerbaijani gas is expected to be transported from the Caspian region via Georgia and Turkey to Europe.