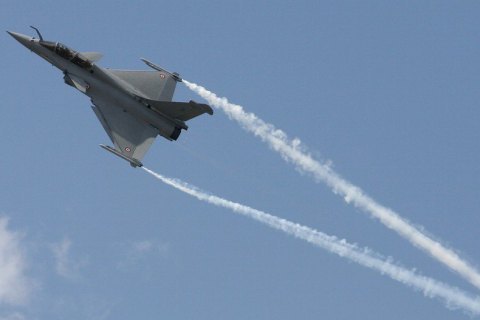 On 10 June, fighter jets of the Hungarian Air Force were scrambled from their base for an interception mission in the area of Beregdaroc near the border with Ukraine, according to a report published on the website of the Hungarian Armed Force. The incident involved the violation of the country's airspace by an unidentified aircraft, it added.It is noted that the Hungarian jets shot out infrared traps in a warning move. After a while, the violator aircraft, which is reported to have been a light plane, left Hungary's airspace in Berdegoroc. The model of the aircraft and the country of its registration have not been specified.

Ukrainian border guards are taking steps to identify a plane which crossed into Hungary.

"On the night of 9 to 10 June, Hungarian border guards observed a flying object on their radars. It was a small flying target. Possibly a plane or a hang glider. It is difficult to say," the spokesman for the State Border Service of Ukraine, Oleh Slobodyan, told RBC-Ukraine.

Because of the incident, Hungary indeed put its Air Force on combat alert.

"They put the planes on high combat alert but did not actually raise them. We did not raise the alter. I think it was already cancelled," he said.

A criminal case was not opened as there is no proven fact or any plane detained, he explained. Search and investigative efforts are underway.

"Law enforcers are trying to establish what kind of a plane it was and why it violated the border," he added.

He suggested it was a plane or hang glider used for smuggling.

"We confirm that smugglers have lately upped the use of small aviation because we tightened border security. These facts do take place," Slobodyan said.