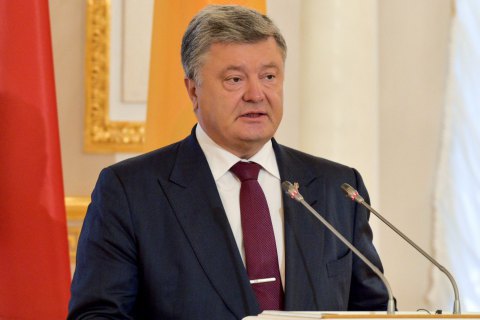 President Petro Poroshenko has said that he considers the Joint Forces Operation (JFO) in eastern Ukraine to be much more efficient than the previous antiterrorist operation (ATO).

According to the president, the JFO gives servicemen more rights.

"Step by step will be implementing a policy of restoring Ukrainian sovereignty over Donbas. Have no doubt: Donbas will never be Russian," he said.

Poroshenko announced the beginning of the JFO in Donbas on 30 April. He said then that the ATO had met the set objectives over four years.