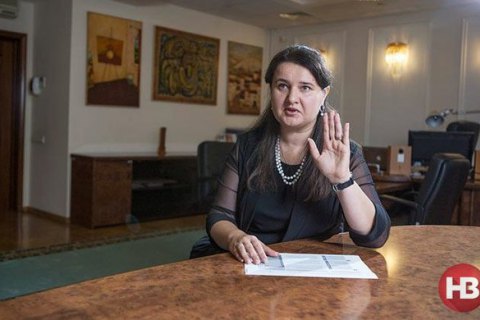 At its extraordinary meeting on 7 June, the Cabinet of Ministers appointed Oksana Markarova acting finance minister to fill in for Oleksandr Danylyuk who was dismissed by parliament earlier that day.

She will take office on Friday, 8 June.

Markarova joined the Finance Ministry in March 2015 as deputy minister and head of the apparatus. In April 2016, she was promoted to the first deputy minister.

In August 2016, she was appointed the government representative for investment. In this role, she was involved in the establishment of the UkraineInvest investment raising office.