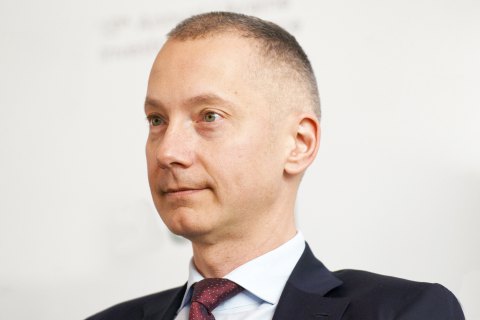 A Ukrainian businessman and investor, Boris Lozhkin, who has recently headed the Jewish Confederation of Ukraine, has joined the Executive Committee of the World Jewish Congress and has become its Vice-President.

“This week, for the first time, I have taken part in the work of the Executive Committee of the World Jewish Congress. It is a great honour for me to join this global organization and to become its Vice-President,” Lozhkin said on his Facebook page.

The Executive Committee of the World Jewish Congress meets twice a year to discuss the pressing problems facing the Jewish community around the world.

This year the meeting was held in Prague. Lozhkin noted that the main topic of the discussion was the fight against the growing manifestations of anti-Semitism, including in political parties around the world.

"As the participants noted in their reports, today we are witnessing a global process of radicalization of the political spectrum and the emergence of a triangle of extreme ideologies: the extreme right, extreme left and radical Islam. Unfortunately, it is namely anti-Semitism that is one of the few common points of almost all radical organizations and ideologies," Lozhkin said.

The Israeli Council for International Relations, which operates under the auspices of the World Jewish Congress, also held a panel discussion on the latest developments in the Syrian conflict, the Iranian nuclear deal and the Middle East.

"I am planning to present a report on the state and problems of the Jewish community of Ukraine as soon as at the next meeting," Lozhkin said.