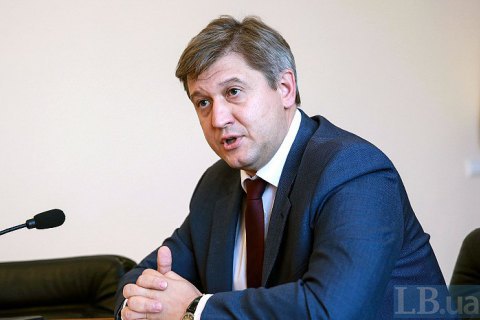 Before his dismissal, Danylyuk severely criticized the government, insisting that he had been "protecting Ukraine's interests [in communication with] international partners with honour and dignity".

"No person – no problem. This is not how systemic problems are settled in the 21st century. We need to take state decisions, not to be guided by teenage complexes which would cost the state billions," Danylyuk said.

At a government meeting on 23 May, Danylyuk reiterated his demand that his adviser Yana Buhrymova be appointed deputy minister, though in vain. The broadcast of the meeting was stopped but government members present at the meeting said that his request was declined. During a verbal exchange between the finance minister and the prime minister, Danylyuk suggested he may well be dismissed.

According to later reports, Danylyuk wrote a letter to G7 ambassadors to present his view on the conflict with Groysman. In it, he said that President Petro Poroshenko was trying to push for the appointment of a different person as Danylyuk's deputy.

"After a conflict he provoked at a government meeting, he made steps which, in my opinion, are incompatible with his further stay as a Cabinet of Ministers member. The distribution of distorted information among our international partners on the eve of important negotiations between Ukraine and the EU could jeopardize their results," Groysman said on Facebook later.