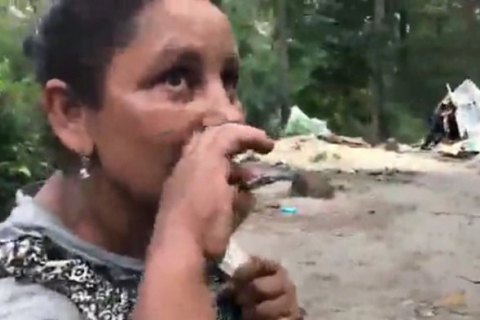 Representatives of the far-right group National Militia have evicted a Roma camp from Kyiv's Palladin Street, the city police have said on its website.

According to the police though, they were contacted by representatives of the pop-up Roma camp, which had around 50 residents, who asked them to ensure public order while they are picking up their belongings and leaving the area.

"Therefore, when around 50 activists arrived at the site, police prevented any violations or conflicts. By now, the residents have left their temporary camp, forestry workers together with the staff of the national park are dismantling temporary constructions and bringing the place back to order," they said.

Police opened a hooliganism case against representatives of the National Militia group for assaulting the Roma camp.