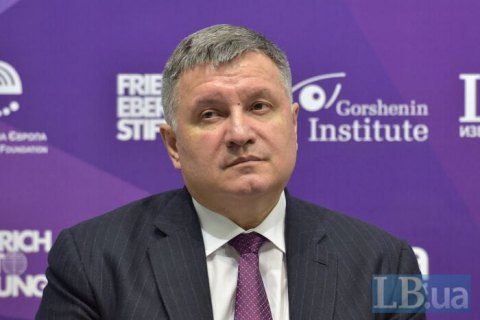 The de-occupation of Donbas should be a police operation, Interior Minister Arsen Avakov has said at 9thNational Expert Forum organized by Gorshenin Institute in Kyiv.

"This should be a police operation without the use of the military," he said, adding that UN peacekeepers would be involved in the operation.

The first phase of Avakov's plan foresees the liberation of the occupied territories, while the second one addresses the need to restore the normal life of people living in Donbas.

According to Avakov, 60% of Ukrainians living in the occupied areas want the Ukrainian government to restore control in Donbas.

"Our sociology, which we do by any means possible, shows that around 60% of people in occupied territory are ready and willing to return to normal peaceful life in Ukraine. Some 20% are afraid of the transition period and 20% more want to Russia. I think these are very positive initial conditions," he said.

"This is a strategy that I have been talking about for more than a month now: this strategy is based on one simple thesis: Donbas is Ukraine, people who live there are Ukrainians. We need to take care of them and think instead of walling ourselves off from this territory and pretending that nothing is happening there, but we are building happiness here," he said.

Avakov also noted that the implementation of his plan would require the adoption of a bill on amnesty and a bill on collaborators.

The 9th National Expert Forum is being broadcast live by LB.ua.