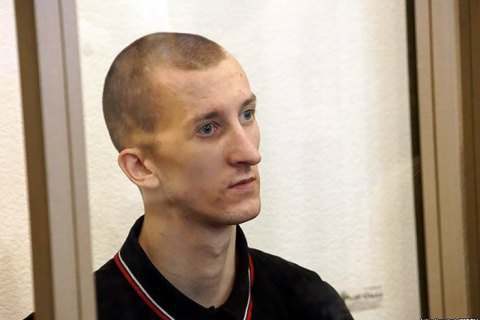 "Oleksandr Kolchenko stopped his hunger strike today. In his words, he is very weak and started to black out. His blood sugar plunged and he was administered glucose. During the hunger strike, his weight went down to 54 kg. Today, because of his medical condition, he was planned to be moved from a colony medical ward, where he was staying during his hunger strike, to a prison hospital," his lawyer Andrey Lepyokhin said on Facebook.

He added that Kolchenko had started preparing for a hunger strike once he learnt about Sentsov's decision to refuse from food. Over the period of his hunger strike, he has lost 10 kg.

"Now he made a decision to abort the hunger strike on his own. Oleksandr made his decision known in the presence of the lawyer whom he fully trusts to inform the public about his steps and position in the most timely and accurate manner," the lawyer said.

He published a photocopy of Kolchenko's statement. 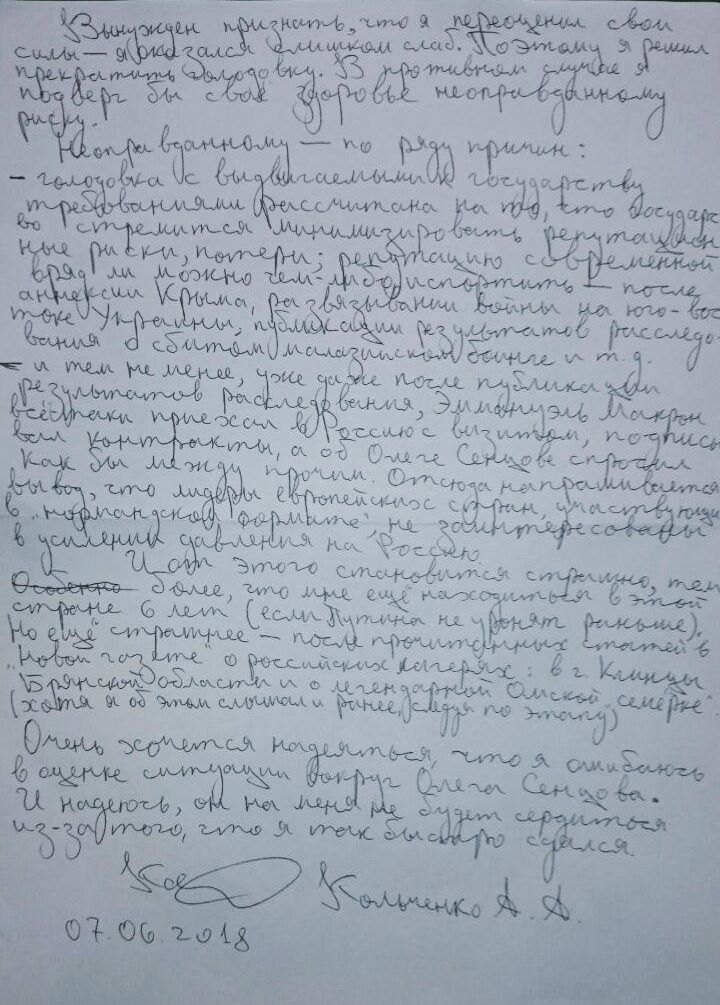 Kolchenko announced a hunger strike in solidarity with Sentsov on 31 May. Sentsov, who has been on a hunger strike since 14 May, demands that Russia release all political prisoners. He did not approve of Kolchenko's decision.