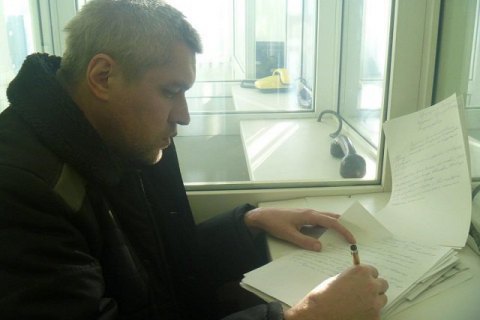 Ukrainian national Stanislav Klykh, who was sentenced to 20 years in a high-security colony in Russia, has announced a hunger strike, Ukraine's humanitarian envoy at the Minsk talks on Donbas, Iryna Herashchenko, has said.

"Stas Klykh's mother said that she talked to his lawyer yesterday and that her son said that he had also announced a hunger strike," she said on Facebook.

On 15 April, Klykh said that he would stop eating, demanding a transfer from a Verkhniy Ural colony due to bad conditions there.

Yesterday, Crimean activist Oleksandr Kolchenko, who was illegally convicted in Russia, stopped a hunger strike which he went on in solidarity with Ukrainian film director Oleh Sentsov, who is also imprisoned in Russia, due to a sharp deterioration of his condition.